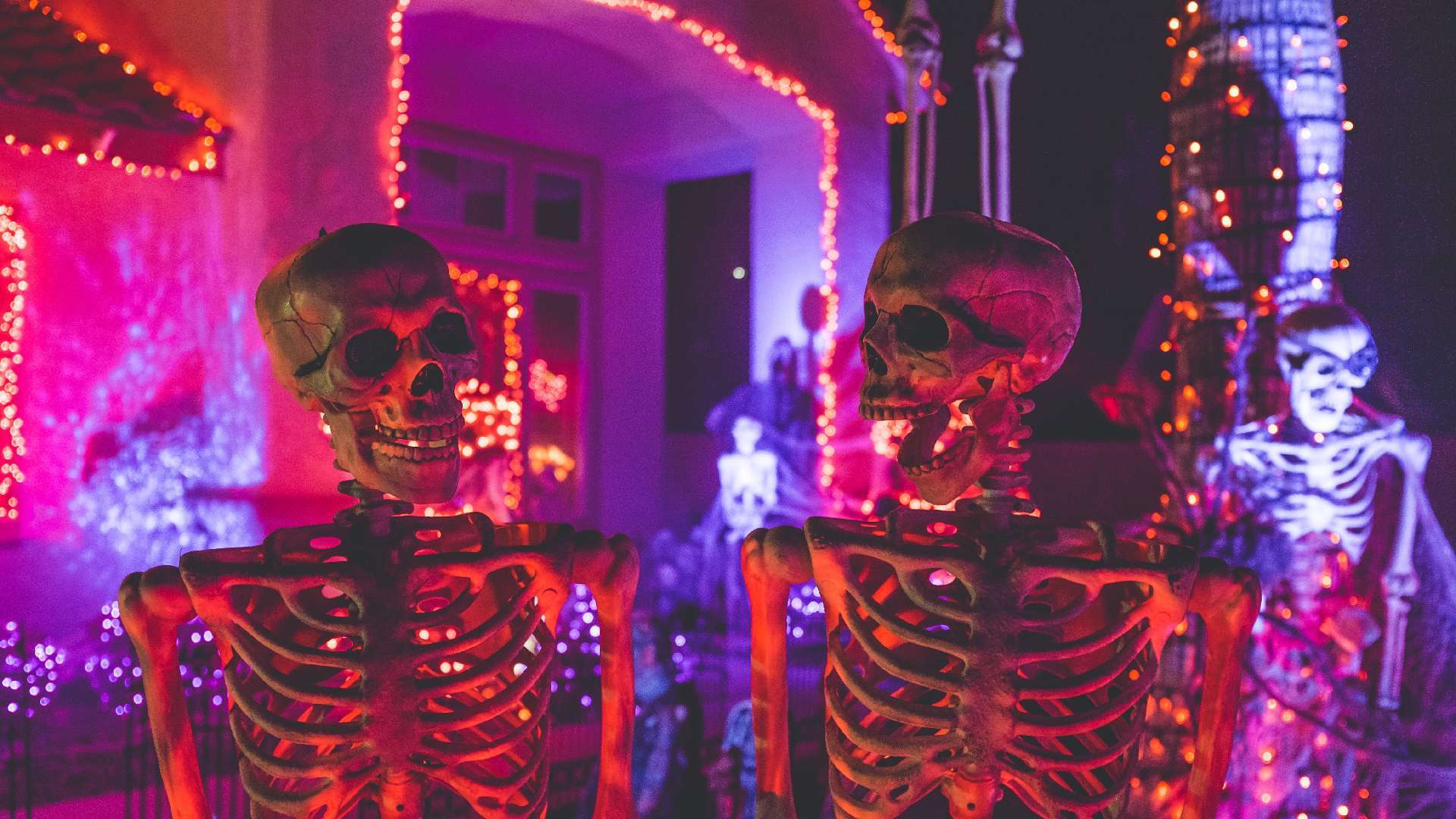 Why Halloween is the Best Half-Holiday

HAPPY HALLOWEEN! Everyone says that Christmas is the most wonderful time of the year, and while I don’t think I can dispute that in good conscience, the time of year around Halloween is a very close second. The leaves are falling, pumpkins are out, the weather is gloomy… The whole October atmosphere really just completes the spooky season! Halloween has been one of my favourite holidays since I was a little girl, so I’m a little extra passionate about today’s article. With that being said, let’s take a look into how Canada celebrates Halloween!

First things first, we should make something about Halloween clear. Someone very close to me once tried to tell me that Halloween isn’t a holiday, but is, in fact, a celebration. After the initial feeling of betrayal had surpassed, I decided to look into it and do my own research. After all, how could one of my favourite holidays not even be a true holiday at all? Holidays are days designated by custom or law on which normal activities, such as business, work, or school, are suspended or reduced. This means that people get the day off of work or school so they may celebrate the day. Halloween does not follow these rules, as people still have to go to work or school, even if Halloween is in the middle of the week. Because of this, Halloween really is more of a celebration since it can’t be considered a statutory holiday. However, I’m in favour of referring to Halloween as an honorary holiday, and I’ve decided that I’m making it a personal side project of mine to grant Halloween with the status of a statutory holiday. I’ll keep you guys posted on how that goes…

So… What is Halloween?

The earliest Halloween celebrations date back to almost 2,000 years ago (around the time of 20 A.D for those of you who don’t want to do the math) when the Celts would celebrate the ancient Celtic festival of Samhain. The Celts would ring in their new year on November 1st since they believed that this day marked the end of summer, their harvest season, and marked the beginning of the dark and cold winter that was typically associated with death.

This all sounds a little morbid, but just bear with me, I promise it gets better.

On the night of October 31st, right before their New Year, the Celts believed that the borders between the world of the living and the world of the dead were temporarily permeable, meaning otherworldly spirits could pass over into the real world. Thus, Samhain was their way of celebrating the ghosts and their return to earth.

The spirits return and their presence in the world of the living was believed to enhance the Celtic priests’ ability to make predictions about the future, and for the Celts who were settling down for a cold and dark winter without TikTok or Instagram to keep them busy, an accurate reading of the future in store for them was very important. So, in commemoration, Celtic priests built bonfires to burn old crops and plants as sacrifices to the Celtic Gods. This celebration involved the Celtic peoples wearing costumes typically made of animal skin while they went around trying to tell each other’s fortunes.

There are many other early Halloween celebrations that date back to the days of the Roman Empire such as All Saints’ Day and All Souls’ Day, but it wasn’t until the second half of the 18th Century that Halloween made its way to North America. Irish immigrants fleeing the Irish Potato Famine in Ireland brought with them the celebration of Halloween, thus popularizing it all over North America.

One of the staple aspects of Halloween in regions such as North America, the Celtic Countries, Australia, and some parts of Mexico is trick-or-treating. Today, trick-or-treating is a phenomenon typically practiced by children where they dress up in costumes, go door-to-door in their neighbourhood, and ask for candy by saying, “Trick-or-Treat!” from the residents on Halloween night.

We say “Trick-or-Treat” as a way to reference the act of disguising ourselves (the trick) as a way to try and get candy from strangers (the treat).

Originally, this tradition looked a little different, as trick-or-treating used to refer to ADULTS dressing up in costume and going door-to-door, asking for money.

So, pretty much the same idea as travelling salesmen, only in costume.

What would spooky season be without the iconic pumpkins and Jack-O-Lanterns that are found on nearly every doorstep around the time of Halloween? Jack-O-Lanterns and pumpkin carving is a practice that originated in Ireland, although the tradition was originally done with turnips and potatoes. Jack-O-Lanterns initially acted as means of warding off evil spirits, and they get their name from the Irish folklore tale of Stingy Jack. The story revolves around a man named Jack who wasn’t granted a place in neither heaven nor hell when he died, so he was cursed to roam the earth with nothing but coal to light his way in a carved out turnip. “Jack of the Lantern” was eventually shortened to simply “Jack-O-Lantern,” and carving pumpkins is now the main symbol of Halloween (and is one of my favourite spooky season activities).

… And What are You Supposed to be Dressed Up As?

While the pumpkin-carving and the candy on Halloween is obviously a huge plus, my favourite part of Halloween is, without a doubt, the costumes. Halloween gives people the freedom to dress up as whatever they want, whether it be a spooky monster, a well-known pop culture character, or some other entity completely derived from their own imagination. I have dressed up every year for Halloween since I was a little girl, and every year I think it’s just as fun. The expression and creativity that comes with Halloween allows for such an inclusive and outgoing environment, and who could FORGET about the fun Halloween costume parties?!

Why Was the Skeleton so Afraid? It’s Because He Had No Guts!

I could ramble about Halloween for ages, but it’s so much more fun to experience on your own. It’s such a blast to participate in all of the wacky and wonderful traditions surrounding the honorary holiday (still working on that whole statutory holiday thing!), so I encourage everyone to go out and get a pumpkin to carve, a costume to wear, and some candy to eat so that Halloween can get the recognition it deserves. I wish you all a Happy Spooky Season and a Happy Halloween!